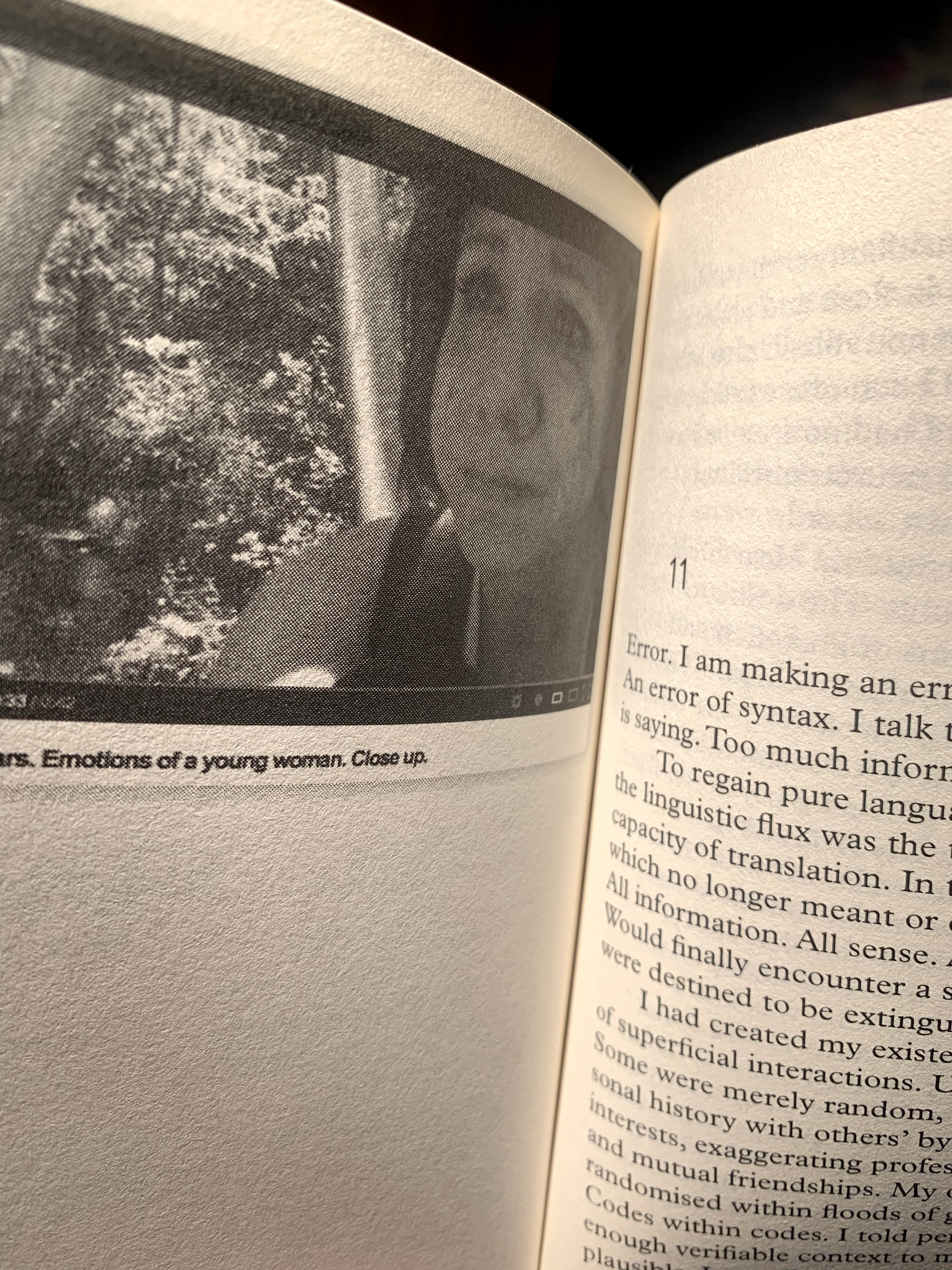 The Outage
Banner Repeater Publishing, 2014
Erica Scourti, JA Harrington
‍
Is that my face? It doesn't look like a real face and the text is illegible, but after blinking several times I manage to bring it under control. Artist, writer, whatever. Is what it appears to say.
- The Outage
‍
The Outage is a ghostwritten, fictional memoir drawn entirely from Erica Scourti’s digital footprint and based on a collection of her own password-protected data, professionally procured profiles, and online presence. Its writing outsourced to JA Harrington, the book brings together the profile as both circulating image and as the statistically-rendered subject of Web 2.0. Using her personal information as a starting point for a fictional narrative, it features a protagonist, “Erica Scourti,” whose identity is so thoroughly entangled with her online self that an event referred to as The Outage, which takes out banks of data servers, precipitates a dizzying loss of selfhood. As “Erica” regains consciousness, a series of fragmentary memories reveal that, “she might have constructed an online persona in order to mask her real-life activities, as a fantasy, or as a way of promoting herself as an artist.” If no artist can hide behind the work but must perform herself too, (as Isabelle Graw argues) then The Outage occupies the space between artist and artwork, making the performance of self not just necessary to the “work” of being an artist, but becoming the “work” itself.